The Idaho Sheriffs' Association met in Boise for their winter conference last month. Wheeler served as the president of the association in 2012.
(Photo courtesy DARYL WHEELER)

▶️ Listen to this article now.

In a post to the Bonner County Sheriff’s Office Facebook page, Wheeler said an “anti-mandate” resolution he had brought before the association passed without opposition.

The resolution states that Idaho sheriffs will uphold the rule of law in Idaho, and won't enforce policy that is not based in the law.

“The Sheriffs in the Great State of Idaho recognize their obligations to the people in their individual counties. As such, we will not enforce any unlawful edicts, actions, or executive orders done under the color of law, without actual laws being duly passed,” the resolution reads in part.

Wheeler told the Daily Bee that he wrote the resolution based on concerns from his constituents.

“The resolution that I promoted was passed, because we Idaho sheriffs agree in principle with this commonsense issue,” Wheeler said Tuesday. “People are very appreciative for the non-enforcement of ‘so-called’ mandates which have no foundation in law.”

“If anyone comes knocking at your door and says ‘roll up your sleeve,’ please call the sheriff’s office. We will come to your house and we will remove that person.”

“At the Winter Conference, I had the opportunity to discuss a range of issues that are important to my constituents with the other sheriffs. Many of the sheriffs were not aware of the strings associated with the ARPA funds and were thankful for that discussion.”

Counties receiving federal funding are required to abide by rules and regulations associated with the money, and how it is spent.

Historically, these stipulations are met with opposition by officials in the county’s executive and legislative branches.

“These are God-given rights and they will not be breached in Bonner County,” said Wheeler. 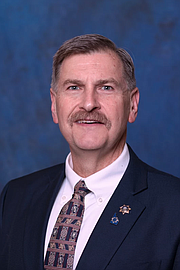